To share your memory on the wall of Tommy Speakman, sign in using one of the following options:

Print
Tommy G. Speakman, age 88 of Baxter, Tennessee passed from this life Wednesday, February 24, 2021, at his home in Baxter.

He was born Wednesday, May 18, 1932, in Cookeville, Tennessee. He was the son of the late Benton and Voyd (Brewingt... Read More
Tommy G. Speakman, age 88 of Baxter, Tennessee passed from this life Wednesday, February 24, 2021, at his home in Baxter.

He was born Wednesday, May 18, 1932, in Cookeville, Tennessee. He was the son of the late Benton and Voyd (Brewington) Speakman.

He was a loving Father, and Grandfather. He graduated from Central High School in 1950 and also attended Tennessee Polytechnic Institute before joining Military Services. He retired from the the United States Air Force after serving from 1953 thru 1973 during the Korean Conflict and the Vietnam War, receiving various Honors and Awards including the Bronze Star. Upon his retirement, he worked at Citizens Bank in Cookeville, Tennessee. After his retirement from the Bank, he owned and operated After Hours ATM Services, Inc. for many years. He was a loyal supporter of Cookeville High School Cavaliers Football Program. He worked the Sideline Chain Crew for 45 years. He also worked the Sideline Chain Crew for the Tennessee Tech OVC Football Program for 20 of those years.

Tommy is survived by:

A Niece and 3 Nephews

In addition to his parents, he was preceded in death by his Wife: Barbara (Avery) Speakman, 2 Sons: Benton Avery Speakman, and John David Speakman, and Son-In-Law, Ray Prussing.

Funeral services with Full Military Honors for Tommy will be held Wednesday, March 3, 2021 beginning at 1:00 pm from the Chapel of Crest Lawn Funeral Home with Bro. David Hill officiating. Interment will follow in Cookeville City Cemetery.

The family will receive friends at the funeral home Wednesday, March 3, from 10:00 am until the time of service at 1:00 PM.

The funeral home requires that everyone wear a mask and practice social distancing.
Read Less

To send flowers to the family or plant a tree in memory of Tommy G. Speakman, please visit our Heartfelt Sympathies Store.

Receive notifications about information and event scheduling for Tommy

We encourage you to share your most beloved memories of Tommy here, so that the family and other loved ones can always see it. You can upload cherished photographs, or share your favorite stories, and can even comment on those shared by others.

Susan McBride, Larry Ross, and other have sent flowers to the family of Tommy G. Speakman.
Show you care by sending flowers

3 trees were planted in the memory of Tommy Speakman

Posted Mar 02, 2021 at 08:51pm
Knew Tommy for many years, and he was an outstanding gentlemen. So sorry for the loss of this love one. Robert Holmes, Tennessee Highway Patrol.
Comment Share
Share via:
HS

Flowers were purchased and a memorial tree planted for the family of Tommy Speakman. Send Flowers

Posted Mar 02, 2021 at 11:27am
My sincere sympathy to Margaret and T.R., I pray for comfort and peace during this time. I loved the Speakman family and felt like I was part of the family. Have so many fond memories with the family. Tommy was an awesome guy who everyone loved and will be greatly missed. RIP
Comment Share
Share via:
SM

Posted Mar 01, 2021 at 11:07am
Wishing you peace to bring comfort, courage to face the days ahead and loving memories to forever hold in your hearts. 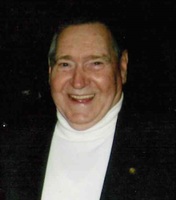