To share your memory on the wall of Oliver Kenny Hunter, sign in using one of the following options:

Born Wednesday, April 18, 1951 in Cookeville, Tennessee, he was the son of the late Oliver K. Hunter, Sr. and Billie (Wright) Hunter.

Have you ever met someone that you felt was born in the wrong era? Well, that was Oliver K. Hunter, Jr (Kenny Hunter). He lived life by his own code which closely resembled a cowboy in the wild west with an infectious sense of humor and sense of adventure. If there was an adventure to be had, he was there! If you ever spent time with him, we know you have a “story”, and we would love to hear them. He can’t get in the doghouse now. You never saw him without his Levi jeans, snap western shirt, boots, his dog, pocket-knife, gun and a big smile.

Born and raised on a small farm with his sister, he spent his childhood playing with all the animals, covered in mud and working hard. On a farm is where he raised his three girls like they were boys. Thank you, dad for teaching me to be a man even though I’m your daughter. He believed in a hard day’s work, always doing the right thing, keep your promises and tell the truth even if it hurts. If someone is paying you to do a job, you give them their money’s worth and then some.

In his day when you graduated high school, you went to technical school and that is where he met a beautiful Marilyn Monroe look alike who tamed his adventurous wild soul. He became a housebroken cowboy who had adventures only on the weekends. Kenny and Sandra spent 49 amazing years as husband and wife raising a family and living on love. At family dinners, we would constantly remind them that there are children present and to behave.

He loved Jesus, his wife, his momma, his family and friends with everything in him. His loyalty knew no limits. A friend was synonymous with family and they never suffered alone or got into trouble alone. He was your modern-day Huckleberry. Like his momma, he also never met a stranger or a dessert that he didn't like… unless it was lemon cake with chocolate icing. Sandra’s mother would trick him every time. It was a running family joke.

Kenny packed a ton of living into his “dash” between his birth and death dates. We’re convinced that he must have been part cat because he did at least nine lives worth… That’s how we all need to live life like we’re sliding in on two wheels and a banana peel because in the end 70 years’ worth of living feels like the blink of an eye. This man will be missed beyond belief on this earth. However, to quote a very wise child “he is in a better place and God doesn't make mistakes”.

Kenny is survived by his loving Wife of 49 years, Sandra (Jones) Hunter of Cookeville, TN

He was preceded in death by his parents

The family will have a private family gathering.
Read Less

To send flowers to the family or plant a tree in memory of Oliver Kenny Hunter Jr., please visit our Heartfelt Sympathies Store.

Receive notifications about information and event scheduling for Oliver Kenny

There are no events scheduled. You can still show your support by sending flowers directly to the family, or planting a memorial tree in memory of Oliver Kenny Hunter Jr..
Visit the Heartfelt Sympathies Store

We encourage you to share your most beloved memories of Oliver Kenny here, so that the family and other loved ones can always see it. You can upload cherished photographs, or share your favorite stories, and can even comment on those shared by others.

Posted Jun 06, 2021 at 02:21pm
My sincere sympathy to the family of Kenny Hunter, I have a lot of fond memories of Kenny and his family they lived down the street from us on Louisiana Avenue. He was at our home on many occasions. Kenny loved to play ball with our dog Toodles Kenny was a great friend to our family. May God guide each of you in the difficult days to follow.

BOB AND MITZIE BRASHER purchased flowers and planted a memorial tree for the family of Oliver Kenny Hunter. Send Flowers

Posted Jun 01, 2021 at 02:21pm
Please accept our most heartfelt sympathies for your loss... Our thoughts are with you and your family during this difficult time. 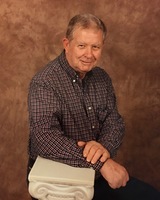