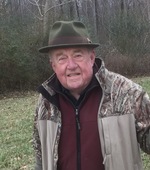 John Kelly Wright, 86, who recently returned to Cookeville, TN in 2016 after 56 years in Nashville, died unexpectedly at home Tuesday, April 6, 2021.

He was born in Livingston, TN, June 30, 1934 to the late Carson and Mildred Wright, John grew up in the wake of the Great Depression and WWII. It was through this context of great national hardship that he developed a grit and resolve that permitted him to excel in school, athletics, and as a member of his community. John’s fiery personality could be most accurately personified by the red flames of his hair. He graduated Livingston Academy in 1953 and matriculated to Tennessee Technological University with focused plans to head to medical school. During his tenure at Tennessee Tech, John would be paired with a young woman named Catherine Terry for a dissection in a course on anatomy; later they made their partnership more official and were married in 1954. He graduated University of Tennessee College of Medicine becoming Dr. John K. Wright in 1959, then received training in surgery at Baptist Hospital in Nashville and Memorial Sloan Kettering Cancer Center in NYC.

His private practice career in broad-based general surgery was at Baptist Hospital, Nashville from 1965-1999 with a 2-year interruption to serve in Viet Nam from 1968-70. During his time in the Army, he rose to rank of Lieutenant Colonel and was awarded the Legion of Merit for his service to his country. While John never intended to make the military his career, he did credit his experiences serving as a wartime surgeon as being foundational to his long and distinguished surgical career. His leadership style was marked by the mantra “Plan well and do it right the first time and every time”, and as such he was Chief of Surgery at the 24Th Evacuation Hospital (Viet Nam), Chief Surgeon for a decade at Baptist Hospital (Nashville), Surgical Residency Program Director at Baptist Hospital, President of local and regional surgical societies and Regional Medical Director with BCBS of TN.

In addition to his career and family, John harbored a deep passion for the natural world, cataloging the variety of flora and fauna wherever he went. During the late fall and winter, John spent much of his time in a duck blind and was an early contributor and member of Davy Crocket Hunting Club in Obion County, Tennessee. When he fully retired and returned to his Upper Cumberland home, he spent time rekindling old friendships and making new ones. More than furniture restoration, woodworking, collecting coins/BB guns and rebuilding old clocks, etc. he loved to read history, spend time analyzing current events and offering solutions to the problems of the world with his good friends at the “Putnam County Kibbitzing Coffee Club”.

Though his death was unexpected, he died how he lived - on his own terms.

Due to the pandemic, no services have been scheduled at this time.

In lieu of flowers, John would be encouraging you to plant trees in his memory.

Please visitwww.crestlawnmemorial.com and sign the online guest register and send a message to the family.

Crest Lawn Funeral Home is in charge of arrangements.