To share your memory on the wall of Dr. John Wright, sign in using one of the following options:

Provide comfort for the family by sending flowers or planting a tree in memory of Dr. John Wright

Provide comfort for the family by sending flowers or planting a tree in memory of Dr. John Wright

He was born in Livingston, TN, June 30, 1934 to the late Carson and Mildred Wright, John grew up in the wake of the Great Depression and WWII. It was through this context of great national hardship that he developed a grit and resolve that permitted him to excel in school, athletics, and as a member of his community. John’s fiery personality could be most accurately personified by the red flames of his hair. He graduated Livingston Academy in 1953 and matriculated to Tennessee Technological University with focused plans to head to medical school. During his tenure at Tennessee Tech, John would be paired with a young woman named Catherine Terry for a dissection in a course on anatomy; later they made their partnership more official and were married in 1954. He graduated University of Tennessee College of Medicine becoming Dr. John K. Wright in 1959, then received training in surgery at Baptist Hospital in Nashville and Memorial Sloan Kettering Cancer Center in NYC.

His private practice career in broad-based general surgery was at Baptist Hospital, Nashville from 1965-1999 with a 2-year interruption to serve in Viet Nam from 1968-70. During his time in the Army, he rose to rank of Lieutenant Colonel and was awarded the Legion of Merit for his service to his country. While John never intended to make the military his career, he did credit his experiences serving as a wartime surgeon as being foundational to his long and distinguished surgical career. His leadership style was marked by the mantra “Plan well and do it right the first time and every time”, and as such he was Chief of Surgery at the 24Th Evacuation Hospital (Viet Nam), Chief Surgeon for a decade at Baptist Hospital (Nashville), Surgical Residency Program Director at Baptist Hospital, President of local and regional surgical societies and Regional Medical Director with BCBS of TN.

In addition to his career and family, John harbored a deep passion for the natural world, cataloging the variety of flora and fauna wherever he went. During the late fall and winter, John spent much of his time in a duck blind and was an early contributor and member of Davy Crocket Hunting Club in Obion County, Tennessee. When he fully retired and returned to his Upper Cumberland home, he spent time rekindling old friendships and making new ones. More than furniture restoration, woodworking, collecting coins/BB guns and rebuilding old clocks, etc. he loved to read history, spend time analyzing current events and offering solutions to the problems of the world with his good friends at the “Putnam County Kibbitzing Coffee Club”.

Though his death was unexpected, he died how he lived - on his own terms.

Due to the pandemic, no services have been scheduled at this time.

In lieu of flowers, John would be encouraging you to plant trees in his memory.

Please visitwww.crestlawnmemorial.com and sign the online guest register and send a message to the family.

To send flowers to the family or plant a tree in memory of Dr. John Kelly Wright, please visit our Heartfelt Sympathies Store.

Receive notifications about information and event scheduling for Dr. John

There are no events scheduled. You can still show your support by sending flowers directly to the family, or planting a memorial tree in memory of Dr. John Kelly Wright.
Visit the Heartfelt Sympathies Store

We encourage you to share your most beloved memories of Dr. John here, so that the family and other loved ones can always see it. You can upload cherished photographs, or share your favorite stories, and can even comment on those shared by others.

Posted Apr 13, 2021 at 10:18am
My deepest sympathy to all of the family and close friends on the loss of Dr. John. Sincerely, Pat Shaw
Comment Share
Share via:
JP

Posted Apr 12, 2021 at 04:18pm
I was so sorry to hear about John. Please convey my deepest sympathy to Catherine, Joel, and the rest of John's family. Dr. John was truly a wonderful person. He was a good cousin and made the world a better place with his skills and talents. He was a great credit to the Willeford and Wright families , and will be remembered with admiration and love.

Posted Apr 11, 2021 at 09:20pm
The only regret Jasper and I have is that we didn't know our dear friend, Dr. John, longer. We will miss the porch sittin', wine tastin', story tellin', and meeting for lunch. Truly a "gone but not forgotten" friend.
Comment Share
Share via:
KJ

Posted Apr 10, 2021 at 08:31pm
Dear Mrs Wright, Our mother, Nettie Grimes Ford, has and will continue to remember you and your family in prayer for the loss of your husband, father, and grandfather. Momma has wonderful memories of your friendship when the two of you were girls. We are blessed that she is in good health as she nears 90. She wishes good health for you and yours. Best regards, her children-Debbie, Karen and Kim
Comment Share
Share via:
WN

Posted Apr 10, 2021 at 05:04pm
My most heart felt condolences to you,Catherine,and your family. John Kelly will be missed but not forgotten.We had many
good and exciting times together growing-up and I and our many friends feel or felt the same.
Be strong and safe.
William M Nevans nevanswm@gmail.com
Comment Share
Share via: 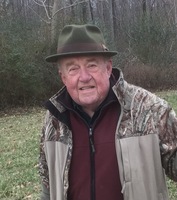