To share your memory on the wall of Danny Jared, sign in using one of the following options:

Born Saturday, January 26, 1963 in Nashville, Tennessee, he was the son of the late Thurman "Dean" Jared and the late Jean Jared Bruce.

Danny was an OTR truck driver employed by ABC Carriers in Sparta,TN until he became disabled. Danny was an avid football fan. In his younger years he was a fan of the Dallas Cowboys, then Green Bay Packers and Tennessee Titans. He also enjoyed watching NASCAR, but had a greater love for the in person races. His sisters say that Danny was a cheater at Rook whenever he played partners with his brother Terry. He always enjoyed eating a good ribeye steak, even bringing his own at family hot dog cookouts.
Most of all Danny loved to spend time with his family.

He is survived by:
1 son:
Jodonn (Sarah) Jared of Cookeville

In addition to his parents, he is preceded in death by his son, Kyle Jared and sister Linda Jo Ward.

Online condolences may be made to the family at crestlawnmemorial.com
Read Less

To send flowers to the family or plant a tree in memory of Danny Thurman Jared, please visit our Heartfelt Sympathies Store.

Receive notifications about information and event scheduling for Danny

We encourage you to share your most beloved memories of Danny here, so that the family and other loved ones can always see it. You can upload cherished photographs, or share your favorite stories, and can even comment on those shared by others.

Posted Jan 27, 2021 at 11:10am
Sure Hate to hear about Danny, He was a Dear Friend to me, We was good friends in School and out of School, I sure wish I had known so I could have came to the Grave side Service, Love him like a Brother, I will miss him and having dinner with him at the Rose Garden, So Sorry Della and family, The other Danny L. Jared.
Comment Share
Share via:
C 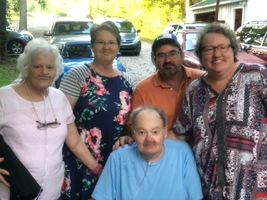 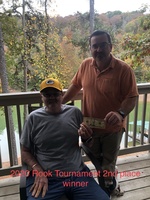 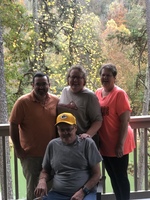 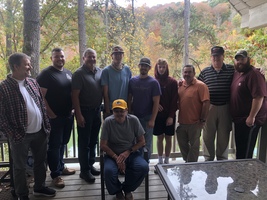